When he was awarded a Creative Wales Award in 2009, composer Guto Puw approached Music Theatre Wales to ask us to help him explore whether or not he could write an opera. We already knew his work and he had been to see many of our productions over the years in Bangor and Mold, so we knew he was interested in our kind of opera, but neither we nor Guto knew if he really had an opera in him.

We had a number of basic questions: How interested was he in drama and the theatre? What experience and knowledge did he have of opera and drama (other than with Music Theatre Wales)? More importantly, would he be able to write for the voice and create characters through the singing as well as through his highly colourful and flowing instrumental writing? As we talked, it became clear that there really was only one way to discover the answers to these questions, and that was for him to actually write some opera and try it out. But this is easier said than done! Writing “some” opera is not a simple thing, but we agreed that if he could find a dramatic subject that excited him and a writer to work with, then we would run some kind of development and workshop process. Interestingly, Guto already had an idea, but he didn’t have a writer. He also wanted to write in Welsh, and so I suggested he should work with Gwyneth Glyn, who had created a fabulous Welsh version of The Soldier’s Tale – Stori’r Milwr – for us in 2009. Guto and Gwyneth already knew each other, so that was simple, and we were off! Three workshops later we have an opera and we will soon be in production. 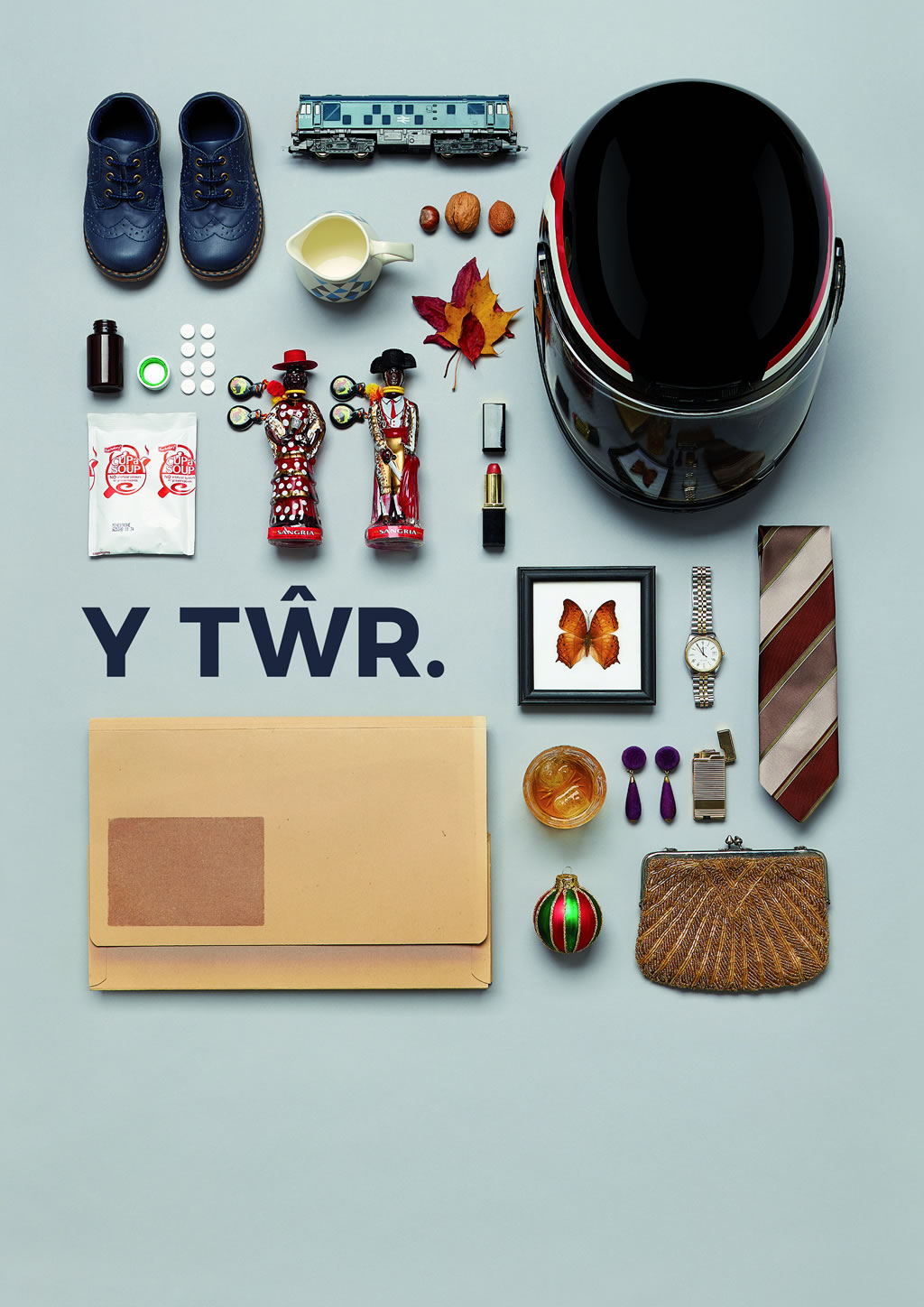 Guto had seen Gwenlyn Parry’s play Y Tŵr as a student and the drama had stuck in his mind. There was something about it that instinctively drew him in. I suspect several aspects had struck him, not least the language of the play – Welsh, yes, but a certain kind of Welsh from a particular place not that far from where he had grown up. The power of the drama was also attractive to Guto, especially the process and impact of ageing, and the simplicity and directness of the structure with only two characters set in a limited space yet managing to look at some big life questions. In a way, this drama already works like music: It doesn’t follow conventions of real time despite being linear, it explores profound issues under the surface of an apparently simple structure, and it gives voice to deep and real feelings of real people, whilst wearing its theatrical unreality on its sleeve.

One thing I learned very early on in the process of working on Y Tŵr is that for all its vernacular character, the text is also intensely musical, and this brings me the initial challenges of re-imagining Y Tŵr as an opera: The inherent music of the language of the play AND the sheer amount of text in Parry’s original.

There are few exceptions to the rule that says an opera needs much less text than a play (one exception is Pélleas et Mélisande by Debussy who set, almost word for word, the play by Maeterlinck, although there are a couple of scenes from the play which have been cut). This is because opera is a different medium to straight theatre. In opera, the music has to have space to explore not only everything that is unsaid but also how what is being said (or sung) is being “felt” by the characters. Not only that, the music also needs to propel the drama, set the mood and scene, and suggest the dramatic significance of the moment. It also quite simply takes longer to sing something than it does to say it.

The inherent musicality of the text is really a bigger linguistic issue. The text is not “poetic” or metrical, but the regional dialect and accent of the Welsh in which Parry wrote the play have an essential quality and sound that somehow need to be retained. We clearly have to be as true as possible to Parry’s text and everything it signifies to Welsh speaking audiences, and of course we also need this opera to sing! This has been a significant part of the conversation between Guto Puw as composer and librettist Gwyneth Glyn, and it has been vital to have Theatr Genedlaethol Cymru involved in this as the work has emerged. There is much exploration to be done about how to achieve an appropriate singing approach without losing the special nature of the text and/or the musicality of the work, and I look forward to discovering more in the rehearsal room.

I am thrilled that we are co-producing this opera with Theatr Genedlaethol Cymru. They have the linguistic and cultural knowledge and authority this work needs, as we re-imagine Y Tŵr as an opera, and I know that they are excited by their first operatic venture. For Music Theatre Wales, this is our first co-production with a theatre company, let alone a Welsh speaking theatre company, and it will be fascinating to see how well the opera meets their expectations. Personally I believe that everything we do stands as theatre as much as opera, but there is a big music thing going on here as well!

So why is doing this opera an important moment for Music Theatre Wales?

Y Tŵr will be fulfilling a long held dream to commission and perform a Welsh language opera that will sit as part of our core repertoire, alongside works by Peter Eötvös, Stuart MacRae, Philip Glass and Salvatore Sciarrino. We believe that Guto Puw is creating a significant new work, and we are delighted to be launching it at the Vale of Glamorgan Festival, just as the first production by Music Theatre Wales was given in 1988. We very much hope the opera will have a future, not just in Wales but internationally, and this is why it is so exciting for us to be taking the opera to Buxton Festival, following the Welsh tour.

Performing Y Tŵr at Buxton Festival will be a major moment for us, for Theatr Genedlaethol Cymru and for the festival audience. It will of course be performed in Welsh, and we are hugely grateful to Stephen Barlow and his team at Buxton for the confidence they are showing in Music Theatre Wales to deliver another unique and high quality opera experience, whatever the language it is written and performed in. This follows previous festival performances by MTW of The Golden Dragon by Peter Eötvös, Greek by Mark-Anthony Turnage and The Killing Flower by Salvatore Sciarrino, all of which are striking and challenging works, in a musical language that was new to almost everyone there, but all of which left a powerful impact on the audience. We believe that Y Tŵr will also be remembered for a long time, not because it was in Welsh but because it will speak to its audience about the very business of living our lives. The fact it is in Welsh will also expand the horizons of everyone who sees this work, Welsh-speakers and non-Welsh speakers.