Music Theatre Wales and the London Sinfonietta have announced a new on-going association which will bring the two companies together to create and tour exciting and innovative new music theatre across the UK.

The new association will build on the outstanding reputations of both companies and aims to establish a powerhouse for music theatre and new opera involving an increasingly diverse range of composers, writers, conductors, directors, and performers in work made for ever wider audiences

The London Sinfonietta will perform in all Music Theatre Wales productions as key artistic partners, and will contribute to the selection of repertoire and conductors. The two companies will also together create New Directions, a development and performance scheme to reach out to more artists and new audiences. The aim of this scheme is to develop the art-form and re-imagine the kind of work both companies make and the way in which it is developed, challenging perceptions about who makes it and who it is made for. The scheme aims to launch formally in 2019. 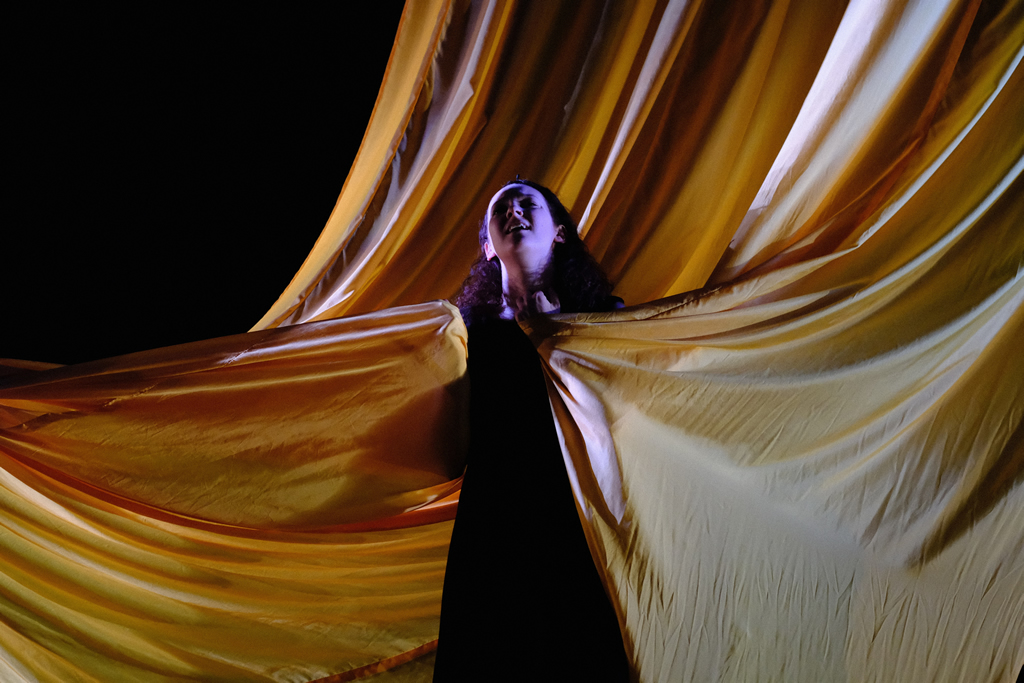 “Working with the London Sinfonietta is a huge privilege and represents a moment of significant change for MTW, and I look forward to hearing this exceptional group of musicians bring our future productions to life. Equally, we look forward together to introducing inspiring new work to ever wider audiences across Wales and England and hopefully internationally as we take these productions on tour.” He added: “I also want to take this opportunity to offer my gratitude and admiration to all the musicians who performed as the Music Theatre Wales Ensemble over the last 30 years. They were at the heart of the company’s artistic achievements and everyone at MTW wants to acknowledge and applaud their vital contribution.”

“I am delighted that we will be working closely with Music Theatre Wales. We have the chance not only to be part of the exciting planned productions but also together we are committing to the New Directions programme which will evolve the genre as we develop innovative small scale music theatre created by the most exciting artists from across society. For both Music Theatre Wales and London Sinfonietta this will bring relevant stories of contemporary life expressed through the powerful medium of music theatre to new audiences around the country.”

The repertoire for the first 3-year period of the collaboration between Music Theatre Wales and London Sinfonietta includes:

Based in Cardiff, Music Theatre Wales is the UK’s leading producer of new opera and music theatre, frequently working in collaboration with other performance companies, festivals and presenters. MTW has been recorded on CD, is regularly broadcast on BBC Radio and has secured a number of prestigious industry awards and nominations.

Passion is our first co-production with a dance company, National Dance Company Wales, and our first production created in association with the London Sinfonietta. Other recent and current partners include Theatr Genedlaethol Cymru (Y Tŵr), Opera Theatre St Louis, Scottish Opera, Royal Opera House, Theater Magdeburg (The Trial), Opera Philadelphia, TIMF in South Korea, Aldeburgh Festival and The Royal Opera. In Autumn 2019, the company will produce a new production of Gerald Barry’s first opera The Intelligence Park in a co-production with The Royal Opera House.

We create work that is bold and adventurous, that explores what opera might be and how it can reach out to audiences. We believe that opera and music theatre are dynamic and powerful means of expression - of ideas and of human emotions – through which we can tell new stories. We work with many of the most acclaimed composers of our time, but we also invite provocation and challenge from composers and writers who are new to this form. Our aim is to ensure that opera and music theatre remain relevant and vibrant contemporary means of expression, with the power to touch the heart and open the mind, and giving audiences powerful and memorable experiences.

Since 1988 MTW has created over 30 productions and presented 15 world premieres. MTW’s production of Greek by Mark-Anthony Turnage won Outstanding Achievement in Opera at the 2011 TMA Theatre Awards and in March 2013, Ghost Patrol by Stuart MacRae and Louise Welsh won the South Bank Sky Arts Award for opera and, as part of a double-bill with In the Locked Room by Huw Watkins, was nominated for an Olivier award for outstanding achievement in opera (co-production with Scottish Opera). Artistic Director Michael McCarthy was awarded Best Director at the 2015 Wales Theatre Awards for his production of Philip Glass’s The Trial, and the co-founders of MTW – Michael McCarthy and Michael Rafferty – were awarded MBEs in the 2016 Queen’s New Year Honours.

The London Sinfonietta is one of the world’s leading contemporary music ensembles. Formed in 1968, it has since commissioned over 400 works, and given countless more premieres. Resident at Southbank Centre and Artistic Associates at Kings Place, the ensemble regularly collaborates with a range of arts organisations, from the Royal Opera House and Royal Ballet, to the White Cube Gallery and many international, national and local venues, festivals and promoters. The ensemble’s eighteen Principal Players are some of the finest solo and ensemble musicians in the world.

Across its 50 year history, the London Sinfonietta has continually worked with many of the greatest voices in new music, from leading composers of the post war period such as Luciano Berio, György Ligeti, Iannis Xenakis and Karlheinz Stockhausen to the finest living composers and cross-disciplinary artists including Sir George Benjamin, Sir Harrison Birtwistle, Tansy Davies, Steve Reich, Olga Neuwirth, Johnny Greenwood, Mica Levi and Christian Marclay. Its ethos today continues to be the %p performance of new music to world-class standards and creating projects which experiment with the art form, taking risks to push the boundaries of what new music can be in collaboration with other art forms.

In the 1980s, it launched the first ever orchestral education programme in the UK, and continues its pioneering education work to this day including a breadth of young talent training programmes; the London Sinfonietta Academy (for players), Writing the Future, and Blue Touch Paper (for composers), as well as reaching thousands of school children annually through its Sound Out programme.

“Not your average night at the musical museum” The Guardian

The ensemble also has a tradition of digital innovation and in 2015 created Steve Reich’s Clapping Music App for iPhone, iPad and iPod Touch, a participatory rhythm game that has been downloaded over 250,000 times worldwide. Its extensive catalogue of recordings includes definitive interpretations of modern classics such as Henryk Górecki’s Symphony No 3 – which remains one of the world’s best-selling classical music recordings of all time. More recent recordings represent a breadth of new music being made today, including Sir George Benjamin’s opera Into the Little Hill (Nimbus; 2017), David Lang’s Writing on Water (Cantaloupe Music; 2018) and Philip Venables’ debut album Below the Belt (NMC; 2018). The lasting excellence of the work of the ensemble has been recognised by 3 RPS Awards (including for Best Ensemble in 2009), the Evening Standard Award for Classical Music (1997) and recently a nomination for the 2016 Southbank Sky Arts Award for its commission of Tom Coult’s Spirit of the Staircase.