Richard Baker, who is a prominent figure on the British contemporary music scene, successful both as a conductor and composer, impressed the company and its audiences when he conducted the recent tour of Guto Puw's Welsh-language opera Y Tŵr, a collaboration between Music Theatre Wales and Theatr Genedlaethol Cymru. 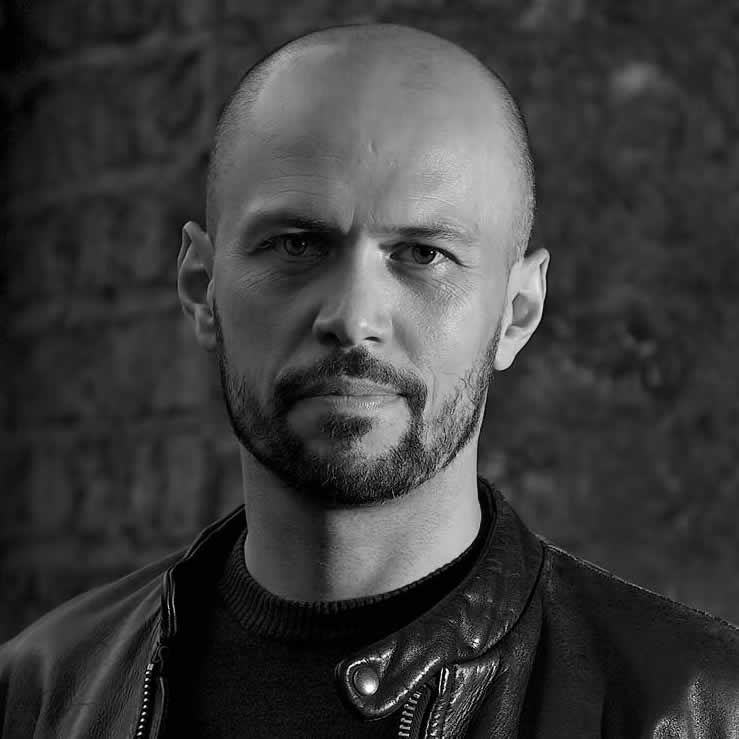 He will work closely with Artistic Director Michael McCarthy on the selection of future repertoire and liaise regularly with the company on all relevant artistic matters as well as representing the company on the widest possible basis. He will also conduct some of the company's future productions, although Music Theatre Wales will continue with its recent and very successful practice of engaging conductors for each individual opera.

Richard was born in Dudley, West Midlands, and grew up in Shropshire. He now lives in Tregaron in Ceredigion having relocated from Berlin just over five years ago. With Wales as his new home Richard has been learning Welsh for four years, at the University in Aberystwyth.

"I am absolutely delighted Richard has accepted our invitation to join Music Theatre Wales as Consultant Music Director, and I know he will provide valuable input into the musical life of the company. He has been an excellent colleague working as conductor on our most recent production, Y Tŵr by Guto Puw, and his knowledge of contemporary music and new opera is second to none.

"He comes with a strong track-record in conducting new opera and supporting the development of emerging opera composers, not least as a composer himself, and he is a committed and generous artist. He also happens to live in Wales! I very much look forward to working with Richard to take MTW into a new phase of activity."

“I am thrilled to be taking up this role with a company whose work I have admired since I was a student. Music Theatre Wales has an enviable track record of producing and commissioning work by some of the most significant international figures, as well as developing work with composers new to the form. I am excited by the opportunity to help build on this legacy in the years ahead, and look forward to working with Michael and the team on introducing the finest new work to audiences in Wales, across the UK and internationally, at a time of extraordinary creativity in the art form.”

Richard Baker is a leading figure on the British contemporary music scene, successful both as a conductor and composer.

Born in 1972, Richard Baker received his first musical education as a chorister in Lichfield Cathedral Choir. After reading music at Exeter College, Oxford, he was awarded a Netherlands Government Scholarship for study with Louis Andriessen at the Royal Conservatory, The Hague. On returning, he completed a PhD with John Woolrich at Royal Holloway, University of London. Richard is a Professor of Composition at the Guildhall School of Music & Drama.

The position of New Music Fellow at Kettle's Yard, Cambridge (2001–3) inaugurated an important strand of work as a concert curator and programme adviser as well as supporting Richard's progress as a composer.

As a conductor, Richard works regularly with the leading composers of our day. In May 2011 he conducted Gerald Barry's opera The Intelligence Park in Dublin, to high acclaim. In autumn 2012 he led English Touring Opera's admired production of Maxwell Davies' The Lighthouse and in spring 2013 returned to Gerald Barry for the Badisches Staatstheater Karlsruhe's double-bill of Handel's The Triumph of Time and Truth and Barry's The Triumph of Beauty and Deceit. He made his debuts with both the BBC Scottish Symphony Orchestra and BBC National Orchestra of Wales, adding to existing relationships with ensembles including the London Sinfonietta, BCMG, Britten Sinfonia, Composers Ensemble and Apartment House. He has conducted at the Huddersfield Festival and at Ultraschall in Berlin, and is a regular collaborator for the BBC's Total Immersion days, where he has conducted portrait concerts of Stockhausen, George Crumb, James MacMillan, Jonathan Harvey and, most recently, Oliver Knussen. In March 2014 he conducted a double-bill of new works by Francisco Coll and Elspeth Brooke at Aldeburgh, the Linbury Studio (Royal Opera House) and Opera North. He was immediately re-invited for the March 2015 production of The Virtues of Things by Matt Rogers. In May 2016 he conducted the Linbury's highly praised production of 4:48 Psychosis by Phil Venables, based on the play by Sarah Kane to be revived next season. 2016/17 saw his debut with Music Theatre Wales in a highly praised production of a new work by Guto Puw, Y Twr.

Richard Baker’s compositions have been performed by the London Sinfonietta, BCMG, Britten Sinfonia, the Composers Ensemble, the Brunel Ensemble and the BBC Singers amongst many others.

Since 1988 MTW has created over 30 productions and presented 15 world premieres. It has an established programme to help nurture new opera composers and it has created productions with a wide range of partners including Opera National du Rhin in Strasbourg, the Berlin Festival, Opera Vest in Norway, Banff Centre in Canada, Theatr Brycheiniog in Brecon, Haarlem Theatre in The Netherlands, Treffpunkt in Stuttgart, Theater Magdeburg in Germany, Scottish Opera and the Royal Opera House, Covent Garden.

MTW’s production of Greek by Mark-Anthony Turnage won Outstanding Achievement in Opera at the 2011 TMA Theatre Awards and in March 2013, Ghost Patrol by Stuart MacRae and Louise Welsh won the South Bank Sky Arts Award for opera and, as part of a double-bill with In the Locked Room by Huw Watkins, was nominated for an Olivier award for outstanding achievement in opera (co-production with Scottish Opera). Artistic Director Michael McCarthy was awarded Best Director at the 2015 Wales Theatre %p Awards for his production of Philip Glass’s The Trial, and the co-founders of MTW – Michael McCarthy and Michael Rafferty – were awarded MBEs in the 2016 Queen’s New Year Honours.

MTW has been recorded on CD and broadcast on BBC Radio 3, and several of its productions have toured internationally. In April 2017 The Golden Dragon by Peter Eötvös was presented by the Tongyeong International Music Festival in South Korea and will tour the UK in the autumn of this year. In June, The Trial received its USA premiere at Opera Theatre St Louis in Michael McCarthy’s production.