Peter Eötvös and The Golden Dragon

As the UK tour of The Golden Dragon by Peter Eötvös approaches this autumn, I have been reflecting on the sincerity of the message that lies at the heart of this piece of work – one that emerges so powerfully from what starts out as a knock-about, slapstick comedy. As the Chair of Buxton Festival wrote after we premiered the production there in July 2016, “We were honoured to present this brilliant work which so poignantly captures the horrors of too many lost lives”. 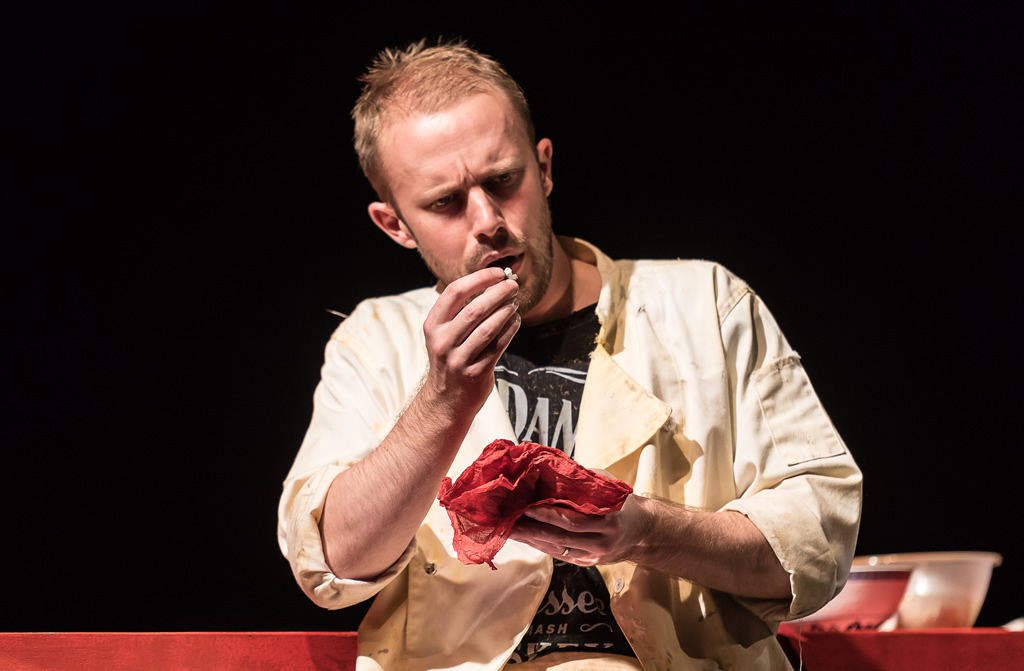 The fact that such a serious message can be conveyed without tub-thumping hectoring is an outstanding feature of both the opera and the original play by Roland Schimmelpfenning. The Golden Dragon wears its intentions lightly, but they are no less powerful or real for it. Clearly, both the playwright and composer care about the vulnerability and exploitation of illegal immigrants and asylum seekers, and chose to shine a light on those who undertake, condone or ignore these actions. It is easy to understand how this idea can be explored in the theatre, but there are greater challenges turning it into an opera, which inevitably works on a more emotional level than an argumentative one. So, what is it that drew Peter Eötvös to this play and how did he achieve this? 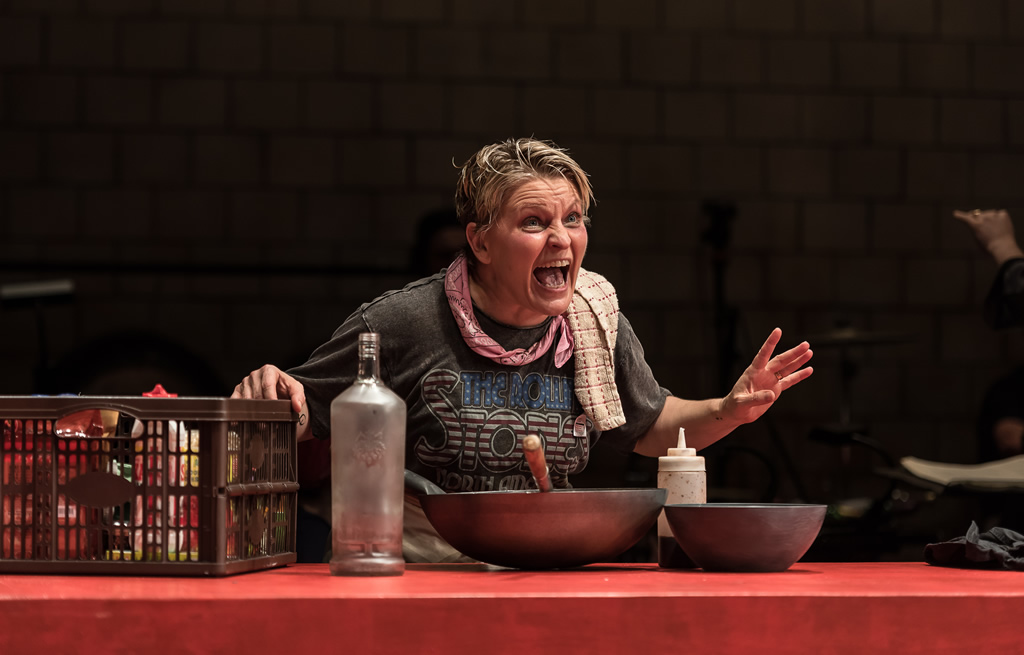 Insight into this was provided by Peter Eötvös himself just a couple of months ago, when he released a new orchestra work: Alle vittime senza nome (To the victims without names). He speaks eloquently of the reason for writing the work and how the idea of it is reflected in the music, and I think this is incredibly helpful in thinking about the earlier opera:

My work is created in memory of the numerous Arabic and African individuals who unwittingly climbed into overcrowded boats in the hope of arriving to a happier world and sank in the open sea before even reaching the Italian coast. I observed the poignant images, not only the faces of individuals, but also the incredibly dense mass of people crowded together on these vessels. The images are transformed in the music into tender melodies played on solo instruments and dense masses of sound played by the whole orchestra. When I sat in front of the finished score, I had the impression that the rhythmic structure and thematic drama of the work would be suitable for choreography and would perhaps become the first “danced” requiem in music history.

It is incredibly refreshing to find a composer who is so motivated by social concerns and who can find a vehicle and musical language to convey them. After all, one of his earlier “operas” was a setting of the famous play by Tony Kushner, Angels in America, of which The National Theatre say: “a complex, often metaphorical, and at times symbolic examination of AIDS and homosexuality in America in the 1980s”. I was already aware that Eötvös had made a powerful connection to the theme in The Golden Dragon, but to see him pursue it with a second and quite independent work is quite remarkable. Frankly, I would love to see the new work choreographed and performed to audiences to whom the tragedy we see acted out on our seas on a daily basis would have some connection. Of course, that actually means all of us. We are all affected by this, and to create this bond and share our common humanity through performance is surely one of the greatest things an artist can do. 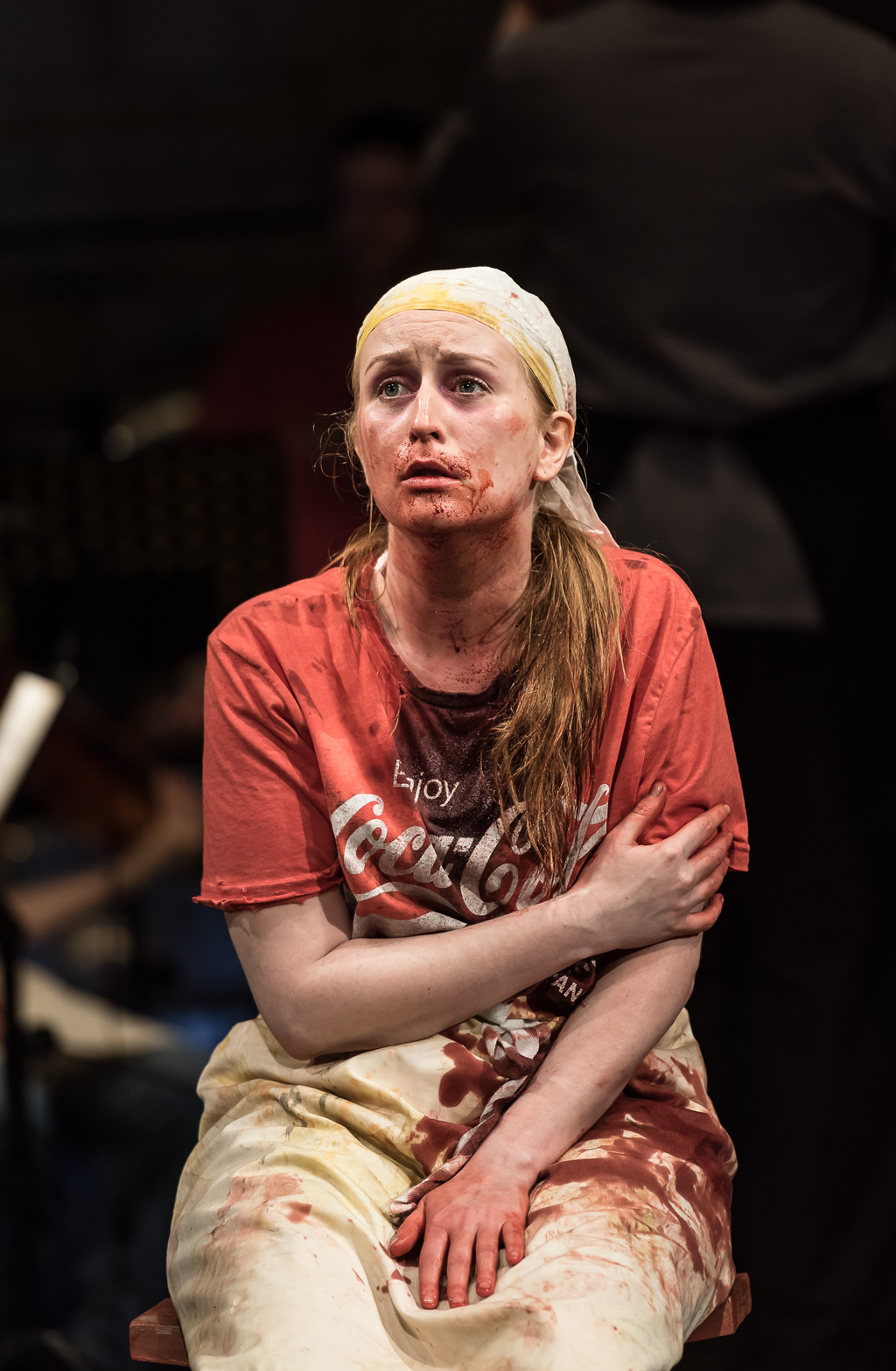 The way the opera delivers its social conscience is through a remarkable “aria”. The aria is sung by the performer (a soprano) who has played the character of The Little One throughout the piece (all the other performers play multiple characters). The Little One has died and his body has been thrown into a river, so the “aria” is a description of the body’s journey home to China. On paper this might look a little dispassionate. It doesn’t articulate how The Little One feels, but when sung, the narrated journey becomes an emotionally informed and personally charged story which audiences find surprisingly moving and which poignantly conveys the senseless loss of life and cruelty he had to suffer. Eötvös has written some incredibly beautiful music for the aria, inspired by the amazing speech written by Schimmelpfennig, and it is this that truly hits home.

I think this is a remarkable work and does what opera does best – engaging the emotions as well as the mind. By provoking our feelings, the composer makes us react to the ideas in the drama. And I love Rupert Christiansen’s comment in his review for The Telegraph:

“The Golden Dragon stands out as a subtly piquant delight…The pacing is masterly, as is the passage from two-dimensional cartoon-like farce to resonant human tragedy: I began being baffled and amused, but I ended up haunted and moved.”