The role will focus on working with the company’s Artistic Director Michael McCarthy on the selection of repertoire and composers for future productions and development. Performing adventurous and innovative new work is at the heart of MTW’s identity and the company is hailed for its track-record for bringing outstanding new work to UK audiences.

Stephen Newbould was Artistic Director and Chief Executive of Birmingham Contemporary Music Group (BCMG) from 2001-16, having helped launch the ensemble from within the City of Birmingham Symphony Orchestra in 1987. Under his leadership BCMG premiered over 100 new works and toured widely, appearing regularly at the BBC Proms, Aldeburgh Festival, Barbican Centre and Wigmore Hall in the UK, and abroad at Carnegie Hall, New York, the US Library of Congress, Washington, in major European cities and in India and Mexico. He fostered a strong relationship with Music Theatre Wales during his tenure, with BCMG facilitating and co-promoting many MTW performances in Birmingham. From 2017-19 Stephen was Chief Executive of Spitalfields Music , working with Artistic Curator André de Ridder to deliver the Spitalfields Festival’s RPS Award-winning Schumann Street project.

Artistic Director of Music Theatre Wales Michael McCarthy said “On all our projects, the selection of repertoire with strong musical credentials is and always has been critically important. We wanted a musician who is held in high regard and has deep knowledge of the contemporary field and an understanding of opera. We are delighted that Stephen is able to bring his knowledge and experience to the MTW team and play a part in helping to shape our future.”

Stephen Newbould said “I am thrilled to join Music Theatre Wales as Consultant Music Advisor. I have known and admired the work of this consistently enterprising company for many years, including through collaborations in Birmingham during my time at BCMG, and am excited now to be supporting Michael McCarthy and his team to bring the most striking and urgent music theatre to diverse audiences.” 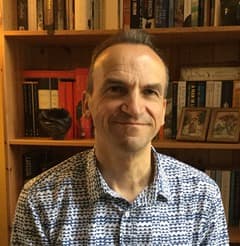