Y Tŵr: An original opera in Welsh, on demand via Theatr Gen Eto

Y Tŵr explores the extremes of emotion experienced by a man and a woman over the course of a lifetime together. Based on the work of Gwenlyn Parry , one of Wales’s most prolific playwrights, this touching and lyrical new opera is an intimate and universal story of love and life set within the tower of its title – a metaphor for any relationship – as its two characters, sung by soprano Caryl Hughes and baritone Gwion Thomas, ascend from one level to the next; each one representing a particular moment in their relationship, from the flush of youthful romance to the heartfelt ravages of old age.

Composed by Guto Puw , with the libretto by Gwyneth Glyn , Y Tŵr was the first ever opera commissioned in Welsh for professional performers and was Music Theatre Wales’s second work to be performed in Welsh. Y Tŵr was also Theatr Genedlaethol Cymru’s very first opera production. By kind permission of Ms Ann Beynon and the Gwenlyn Parry Estate, the opera received its world premiere in 2017 at Sherman Theatre, Cardiff, presented by the Vale of Glamorgan Festival, before touring to venues across Wales, and was presented also at the Buxton International Festival. 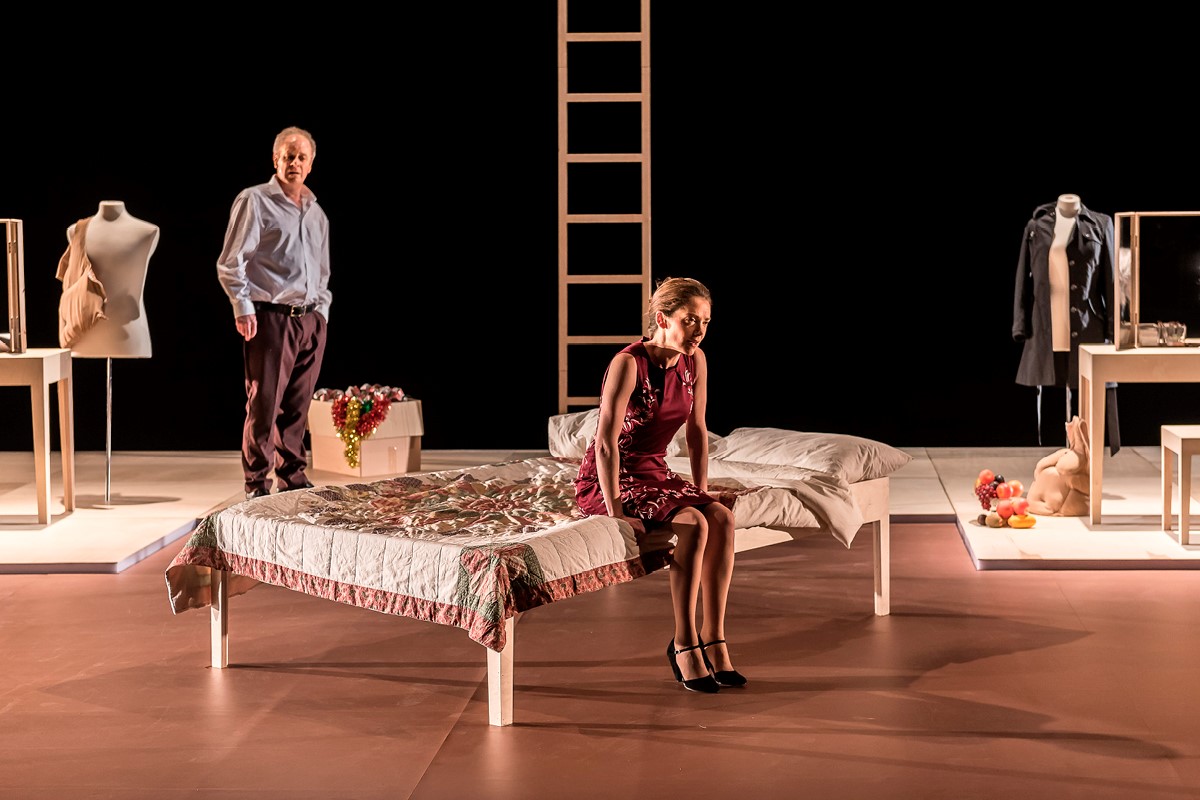 Y Tŵr is the thirteenth production to be shared as part of the Theatr Gen Eto programme since the first lockdown in March 2020. It also marks an exciting moment of development for MTW as the first streaming of an MTW production and the beginning of their mix of work created for both digital and live performance.

The production will be available online, free of charge, on Theatr Genedlaethol Cymru’s YouTube channel and on AM. It will include closed captions in both Welsh and English.

‘A cracking psychological drama – both realistic and surreal, metaphysical and mysterious at the same time . . . These are towering talents’

“We’re thrilled to be able to share our co-production of Y Tŵr as part of our Theatr Gen Eto programme. The production with Music Theatre Wales was our first venture into the world of opera and was a great opportunity for us to reimagine Gwenlyn Parry’s great play for new audiences. I’m delighted that we are able to share this Welsh-language opera with a global audience this spring.”

“We are delighted to be joining our co-producing partners at Theatr Genedlaethol Cymru to share this touching and significant first opera in Welsh with audiences across Wales and far beyond. Opera is a truly international art form, written and performed in many different languages, and now it can be experienced in glorious sung Welsh, with the drama supported by closed captions in English and Welsh. I am deeply grateful to all the performers and production company of Y Tŵr for enabling this streaming to take place and I’d like to congratulate them again on an outstanding achievement.”

The production of Y Tŵr will be available to watch from 7pm on Wednesday 14 April 2021 on Theatr Genedlaethol Cymru’s YouTube channel and on AM. It will be available for a period of 6 months, and permanently available on the company’s website as an educational resource for schools, colleges and universities.

Theatr Gen Eto was launched by Theatr Genedlaethol Cymru as a new programme of work in response to the Coronavirus pandemic. It provides an opportunity for audiences to enjoy past productions on screen whilst theatres all over Wales and beyond are closed.

Y Tŵr is a co-production by Music Theatre Wales and Theatr Genedlaethol Cymru, supported by Arts Council of Wales and by The Colwinston Charitable Trust through its 125th Anniversary Special Grant Fund.