A Week to Remember

Read Michael's account of a whirlwind week in St Louis and London...

Having presented the Public Masterclass of Make an Aria on 2nd June, I was up early the next morning to travel to St Louis, USA with designer Simon Banham.  We were taking a recce into the unusual theatre space where Opera Theatre St Louis run their summer festival in order to begin the process of adjusting our design for The Trial by Philip Glass and Christopher Hampton.

On the morning of the 4th we were given an extensive tour of the theatre and met many key staff. We then watched a touching performance of La Boheme and stayed in the theatre afterwards to watch the turnaround form one show to another within the space of 3 hours. It was extremely well organised and planned, and it was incredibly helpful to see it happen!

In the evening we watched a Piano Dress of a newly commissioned opera based on Salman Rushdie’s book Shalimar The Clown. The complex themes of cultural and religious sensitivities mixed with personal desire are fertile for operatic treatment and I just wish I had been able to hear the score fully realised with orchestra, sitar and table. The next day we spent most of the morning working on the new design and then saw the premiere of their new production of Ariadne auf Naxos, which was beautifully staged and wonderfully sung. Their casting is really strong, and this bodes well for The Trial.

Our final day included a string of important meetings and the long journey home, arriving in London midday on Tuesday 7th. The most exciting thing to report is that this new version of the Music Theatre Wales production of The Trial (made in partnership with The Royal Opera, Theater Magdeburg and Scottish Opera) will be the USA premiere of the opera by Philip Glass. That’s quite an honour! It happens next June. 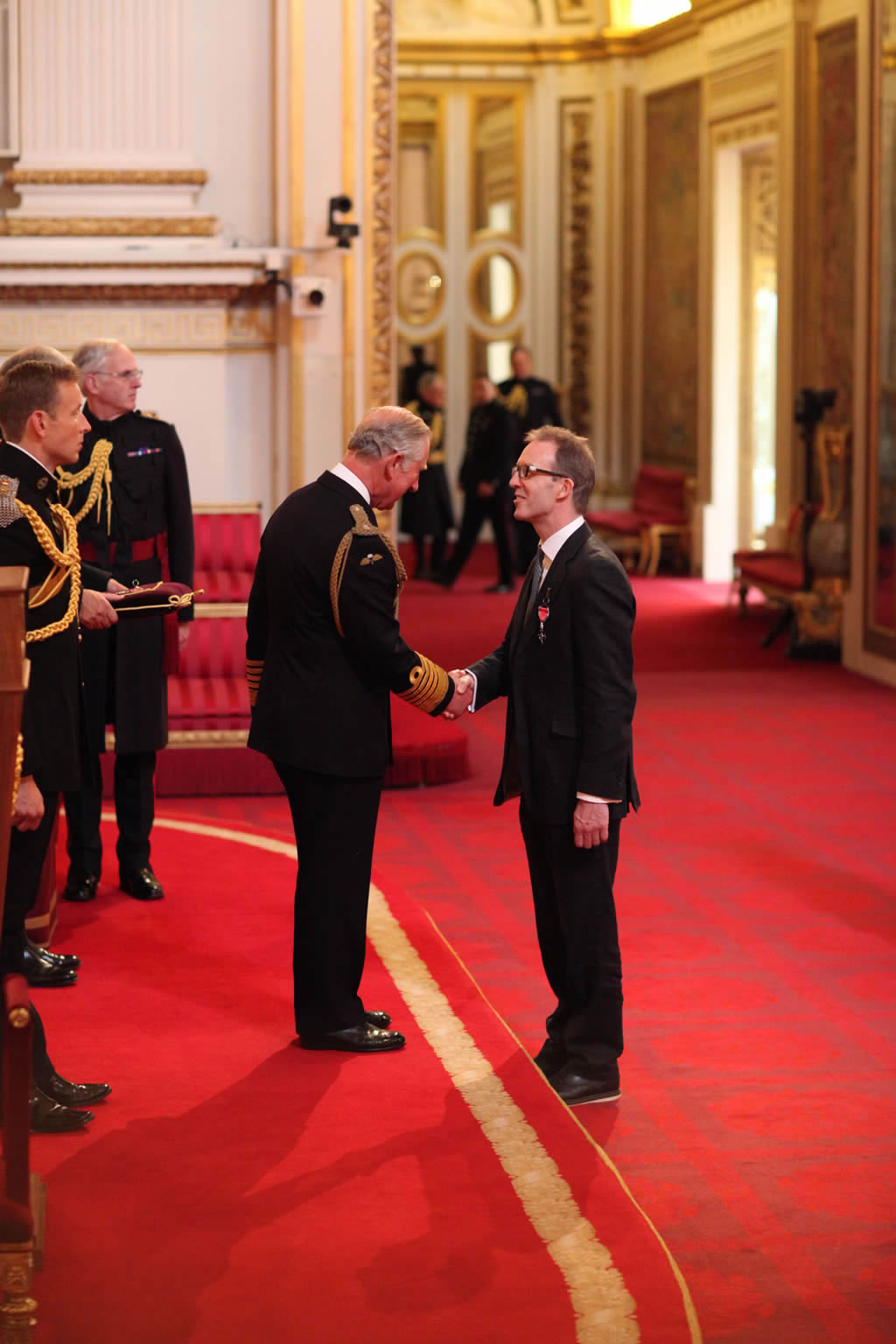 I got back to Cardiff on Tuesday evening, had a conference call with Theatr Genedlaethol Cymru on Wednesday morning and then drove back to London for a family celebration of my MBE before going to Buckingham Palace on Thursday morning to have it presented to me by Prince Charles. What a wonderful and surreal experience, and what an amazing acknowledgement of the work of Music Theatre Wales.