Michael McCarthy takes us along for the ride, summoning up the sights, sounds and experiences of our return to South Korea with The Golden Dragon…

It has been a fascinating first couple of days in Korea. After meeting up with company manager Tammy and conductor Nicholas Kok to catch up on the first session of rehearsal with the ensemble, I set off to visit Gyeongbokgung Palace, a stunning and ancient site right in the middle of Seoul. Painted wooden buildings and surrounding walls, vast inner courtyards and a throne room with two shining golden dragons in the ceiling swimming above me. Quite a sight! 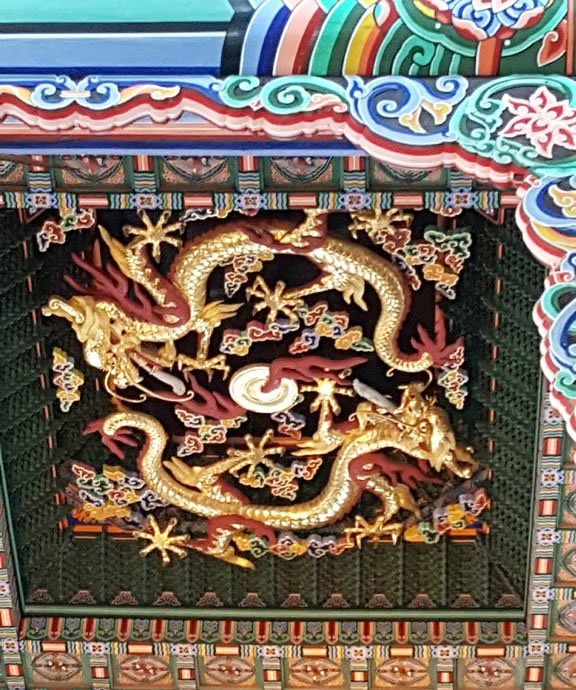 In a random act of kindness on my way back to the Metro, I was stopped by an American couple who gave me a ticket that they couldn’t use to an art gallery up the street. It turned out to be an exhibition of the fashion photographer Nick Knight, whose famous portraits of UK Skinheads shot him to fame in the early 80’s. He creates stunning photos, but highly posed and couldn’t be less Korean! I then shot over to the National Gugak Centre to see an afternoon performance of traditional Korean music and dance. This was in a performance space adjacent to the theatre where I had seen the Pensori performance that blew my mind last year – a traditional form of storytelling and recitation. This afternoon’s performance was rich with sound and colour and so highly trained. This Centre is a very special place where ancient performance practice is not only preserved but also made live.

Today centred on a Directors’ Workshop, set up by the British Council office in South Korea who are running the UK/Korea Creative Futures programme 2017/18 which includes our performances of The Golden Dragon in Tongyeong. 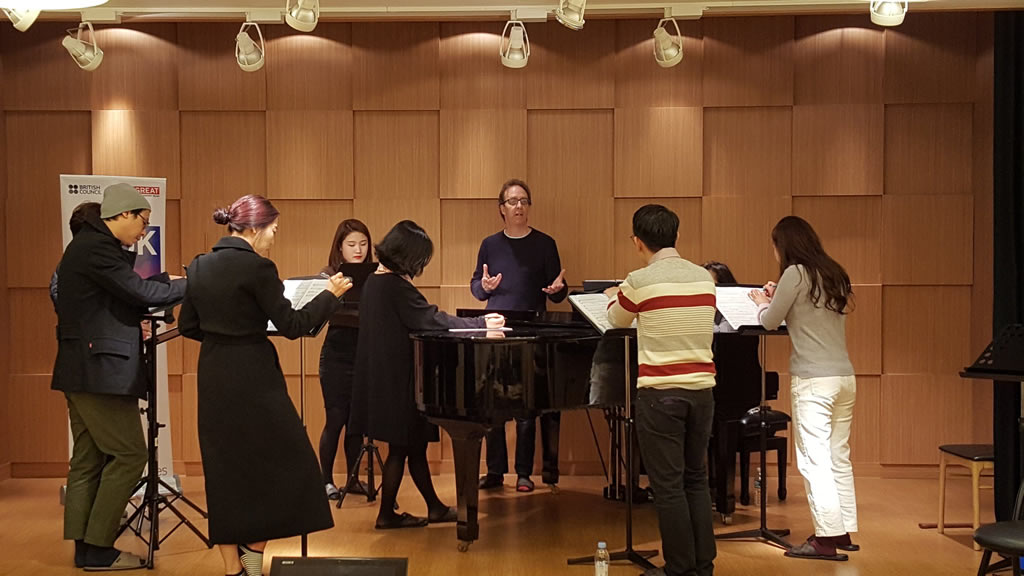 We had a full-on, four hour session working with young singers and four directors, filmed throughout and watched by staff from the British Council. I had sent them extracts from The Lighthouse by Maxwell Davies and The Trial by Philip Glass – two highly contrasting operas with which to introduce them to the working practice of Music Theatre Wales. I really enjoyed it and got tremendous feedback - my plan is to see if I can get the directors actually doing some stage work. We shall see!

Another red-letter day for MTW: The first rehearsals with singers and ensemble for The Golden Dragon in Seoul AND the first day of music calls in London for Y Tŵr!

I started the day getting in touch with Richard Baker (conductor of Y Tŵr) about the rehearsals and then decided to listen to a recording he had made of his parents-in-law reading the text of the libretto. They come from exactly the right location and speak in the way that Gwenlyn Parry wrote, with that particular dialect and accent. It is incredibly helpful, but also rather strange listening to such a recognisable, local Welsh accent, whilst looking out onto the streets of Seoul! 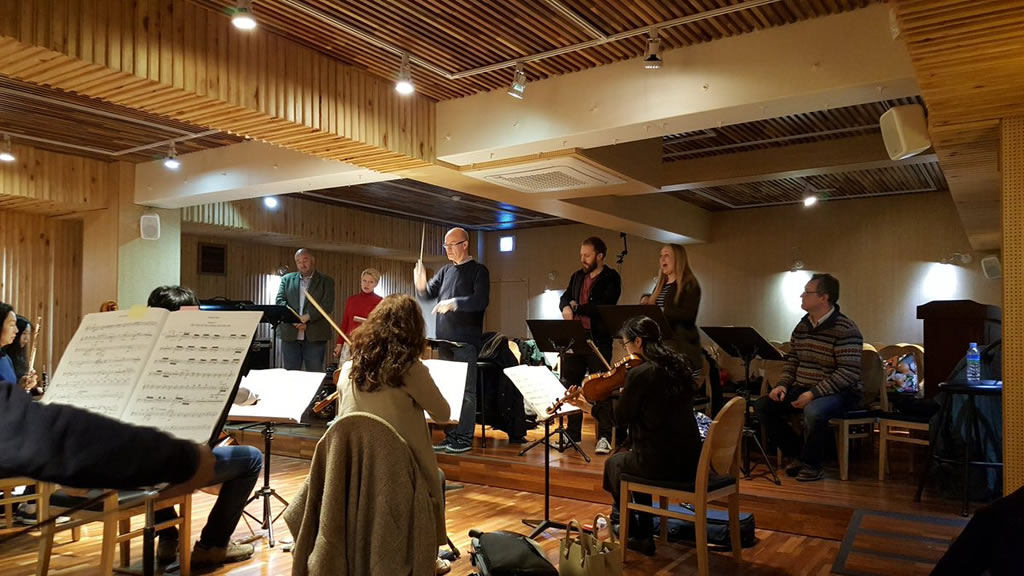 I then turned my attention to day two of the Directors Workshop. As always, I have learned a great deal from the process, and it was clear that it was helpful to the singers as well as the directors in the room, and there is talk about doing more of this training in the future. Watch this space…

Straight from the Workshop to the Sitzprobe – the first rehearsal for the singers and the ensemble together. It’s going well and the musicians seem to be getting into the character of the piece, with plenty of encouragement from conductor Nicholas Kok. “This bit needs to be really dirty!” was quite a frequent instruction for the Ant music! A good working atmosphere, and bodes well for Tongyeong.

Finally, another taxi ride to Seoul Arts Centre to meet the Director of the British Council in Korea and the Artistic Leader of Creative Futures. We had a good catch-up over dinner at a fabulous local restaurant over the road from the Arts Centre, the main feature of which was oyster pancake. Stunning!