Second instalment of Michael McCarthy’s diary reflecting on bringing The Golden Dragon to the Korean Stage as part of the Tongyeong International Festival.

We travel to Tongyeong. A four-hour bus ride out of the city (which took ages) and into some stunning countryside and warmer climes. We arrived in Tongyeong, greeted by fantastic flags on all the lamp-posts featuring our singer Johnny Herford! What a way to arrive in town. 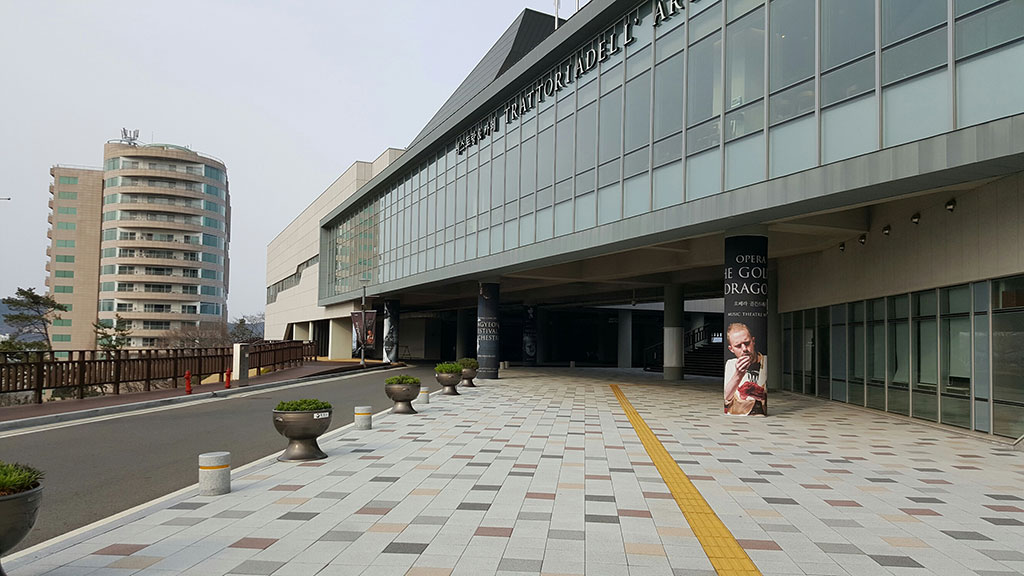 Having thrown my bags into my hotel room I dashed up to the venue and into a long technical session. It’s looking good and I’m told all three performances are sold out. 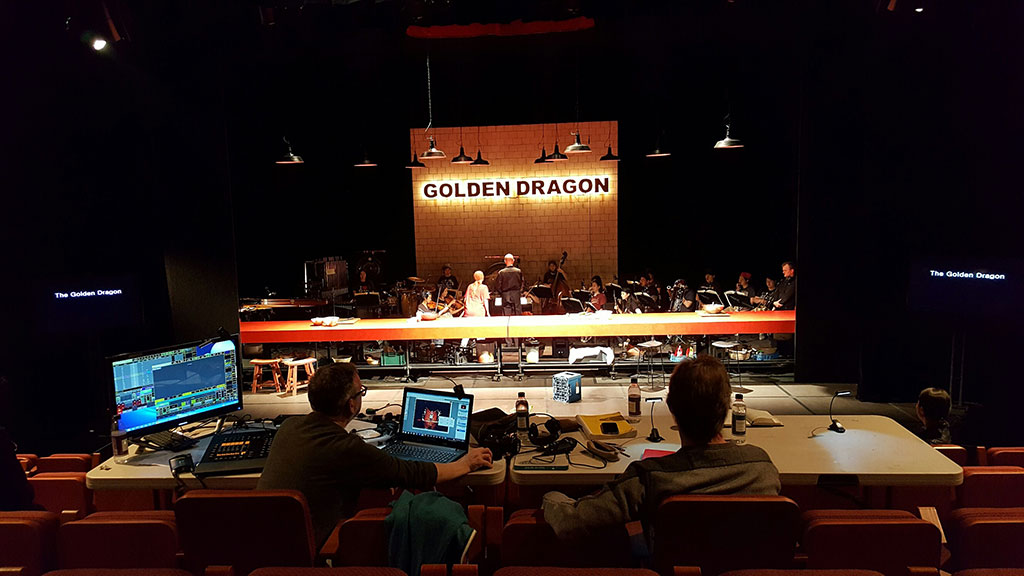 Lighting session in the morning and stage and orchestra sessions in the afternoon and evening. I left the hotel at 8.45 and returned to my room at 23.15 after a beer with the crew. A long but incredibly positive day of rehearsal. The production will work really well in the venue and I am confident that the piece will speak to the audience. 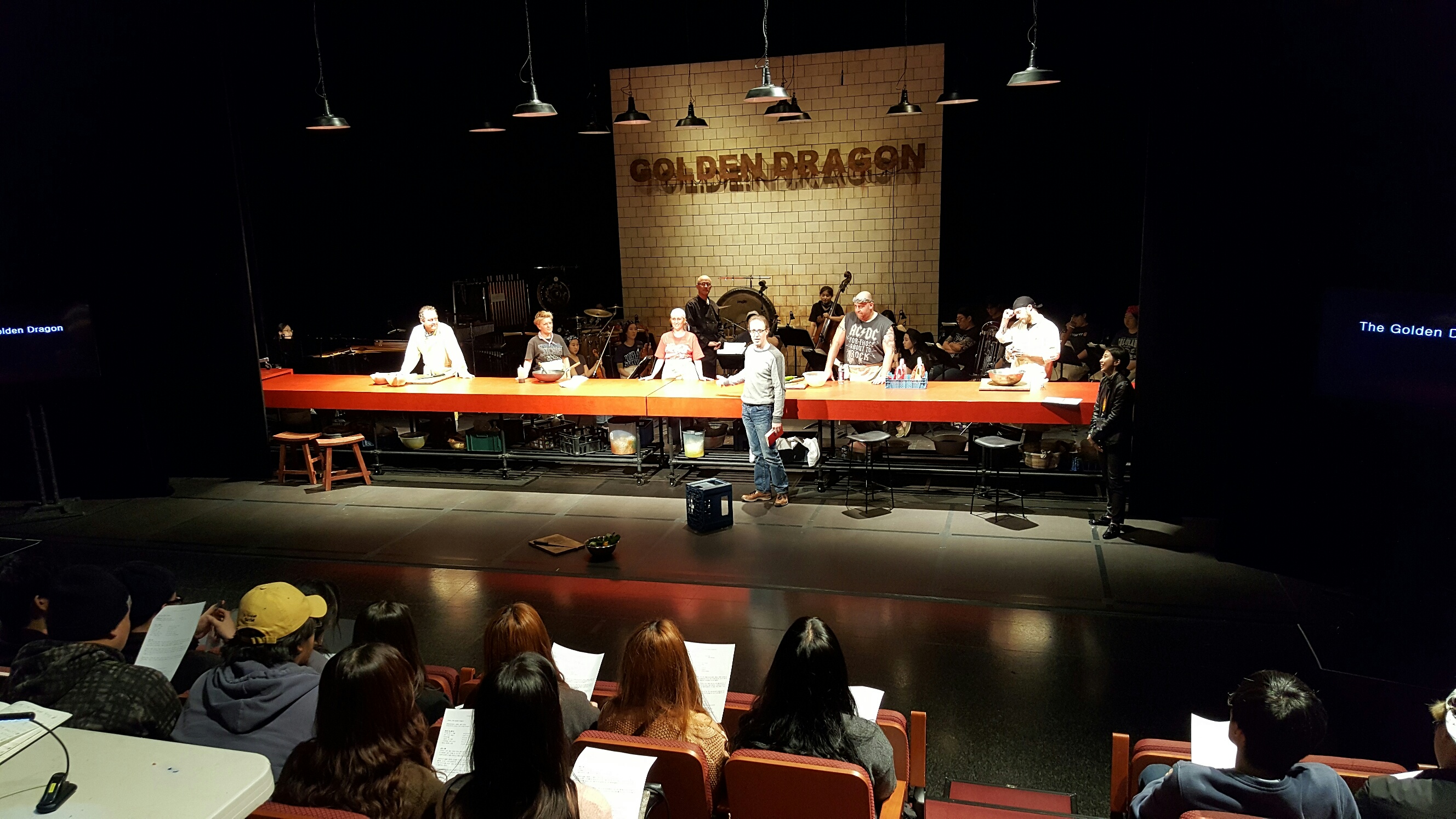 Sadly, I have no new cultural experiences to relate. It’s just solid theatre work, but I was deeply touched when one of the musicians approached me in a break to say she loved our work having played in Greek in 2015 and was thrilled to be doing The Golden Dragon. And then a second player said he was having a fantastic time, especially loving the Old Man performance delivered so perfectly by Andrew MacKenzie-Wicks. The omens are good, but we have a very tired cast and probably a mentally exhausted orchestra, so we’d better be careful! 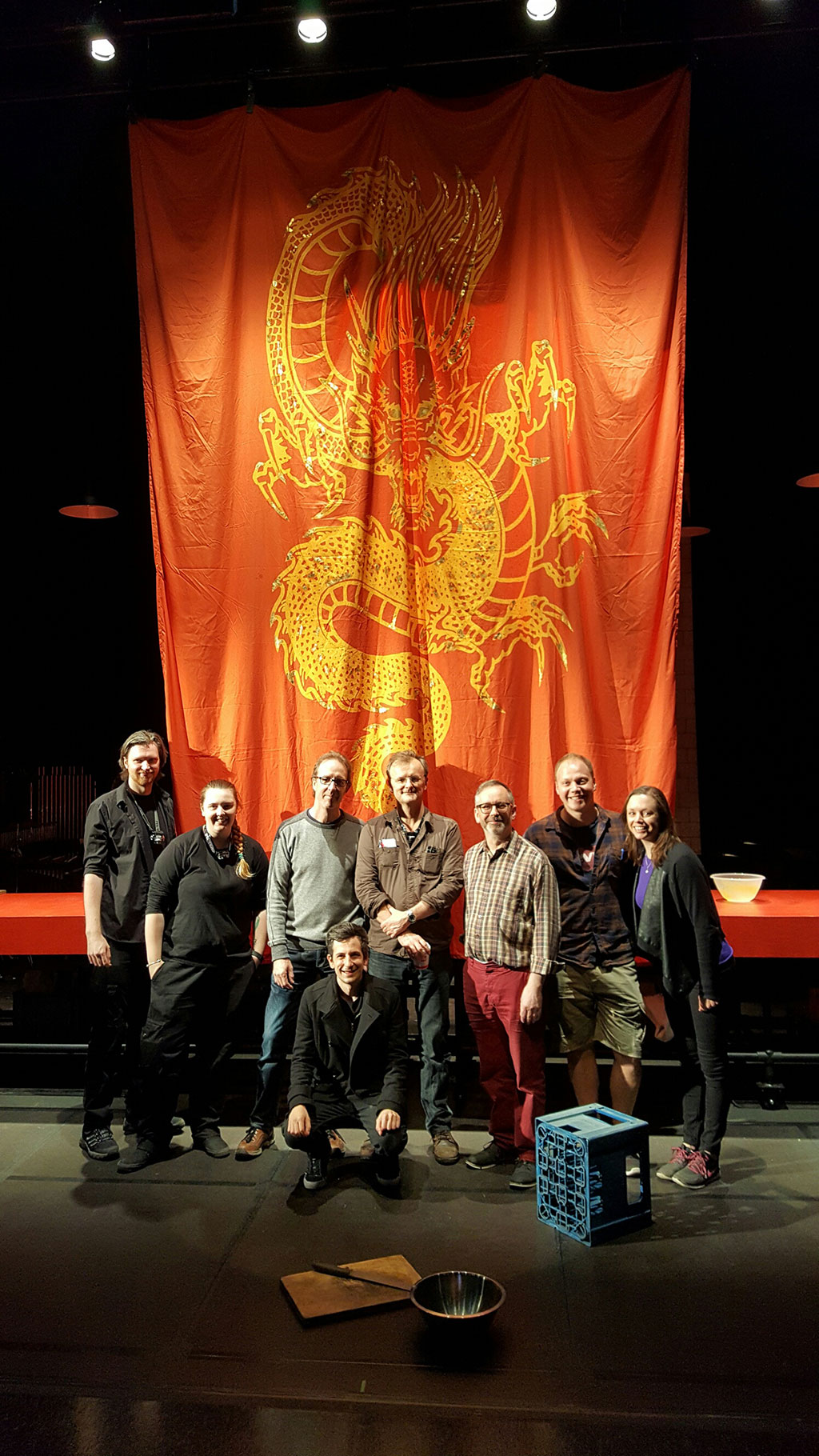 This was nose to the grindstone day – stage and orchestra rehearsal in the morning, including a full run of the opera, and then a Dress Rehearsal in the afternoon in front of 40 young people and their “professor” who came up to me afterwards and was incredibly excited! At the end of the Dress everyone was totally exhausted, but we arranged to meet one hour later to go out for dinner. It was hard staying awake and several people had a short sleep before dinner. Working out where to go was not easy – until the hotel reception stepped in and suggested a fish place almost next door...

The restaurant and the food was without doubt the best local experience we have yet had. The place was brilliant – more like a works canteen with low tables requiring us to sit on the floor crossed-legged (not easy for some of us!) but the staff were wonderful, and the food was simply beyond delight. Perfect in every way. Fish scooped out of the fish tank at the entrance, lots of delicious side dishes and some amazing spinach soup, plus the best ever (seafood) pancakes I’ve tasted. We had a perfect evening, and have booked a table for Sunday lunch. 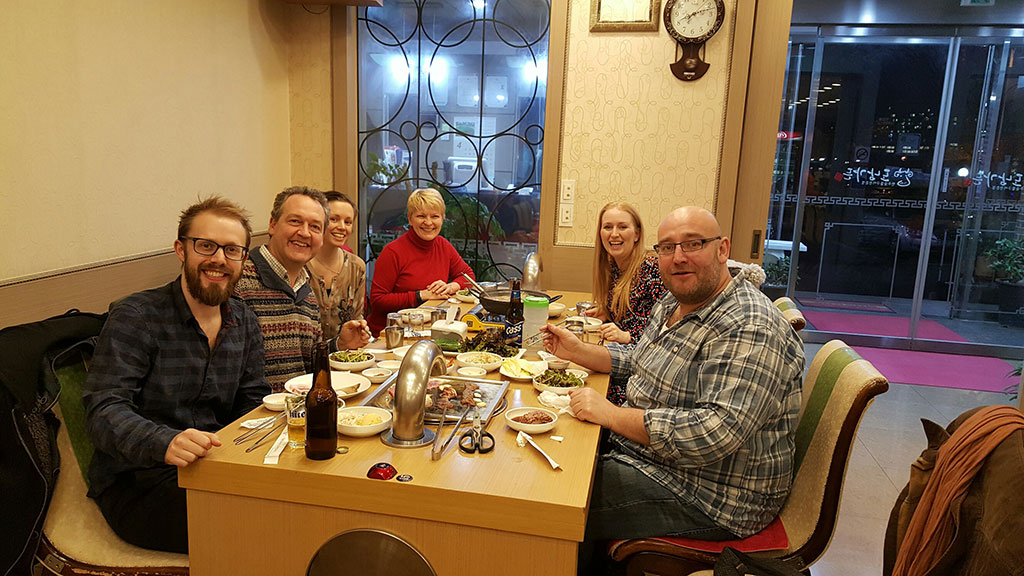 Tomorrow we do the first performance – at 10pm Korean time. I feel a profound sense of responsibility in bringing this piece to Korea for the first time, and I very much want to communicate its story to an Asian audience. The Korean surtitles are looking good (in fact, each screen looks like a work of art) so they will help, and I know the performances are rich and engaging, so I am hopeful…

I just hope everyone has a solid night’s sleep!