This Trial reaches Scotland and the USA!

When we created the world premiere of The Trial – the opera Philip Glass wrote for Music Theatre Wales based on the Kafka novel – we believed we had something special, and the response from audiences and critics quickly confirmed it:

“With a trinity of big names — Kafka, Glass, Hampton — this opera could easily have promised more than it delivered. Instead it exceeded expectations. The verdict? Unmissable.”

“A perfect match between composer and librettist... The performers’ singing and acting, directed by Michael McCarthy, humanises what happens in a way that serves Kafka’s concept almost more powerfully than his own original writing... This is a truly brilliant achievement all round.” 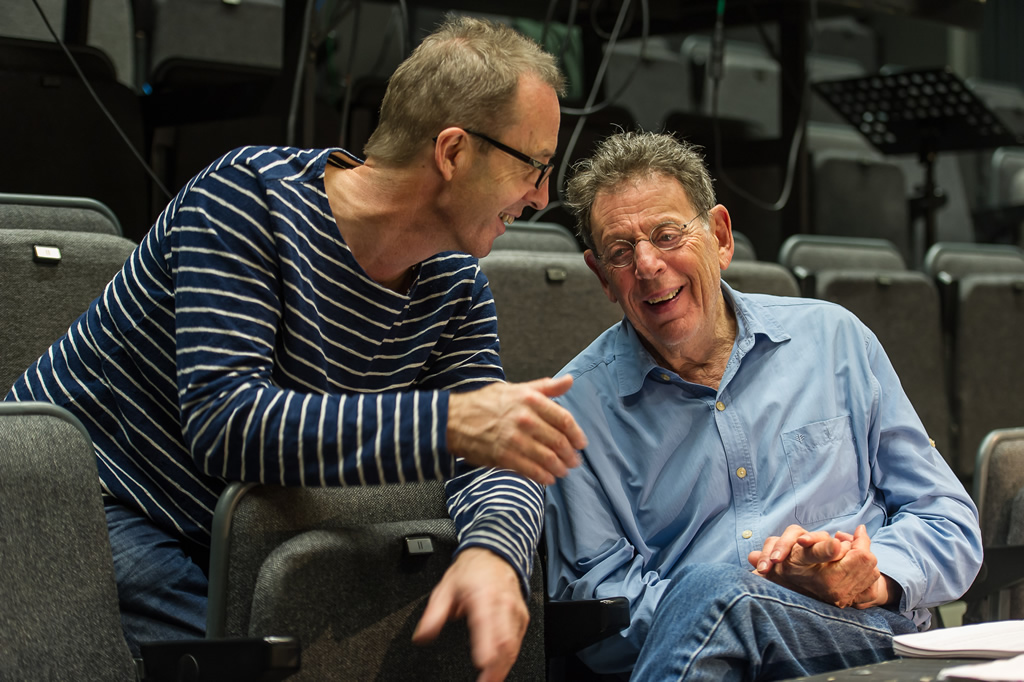 It was clear that the work would eventually be seen across the globe, given its big name creators – Glass, Kafka and Christopher Hampton – and the success of its premiere. But we also wanted to find a way for the name and reputation of Music Theatre Wales to live with it, at least for a bit longer. In fact, at the front of the score Philip has written “Dedicated to Music Theatre Wales”, so in that way our name will live with it forever. But we also wanted our production to have a longer life and hoped that it would introduce us to new countries and new audiences, and the USA was our number one target!

We already had three co-producers working with us – The Royal Opera House where the opera received its premiere before touring in Wales and England, Theater Magdeburg in Germany where the production was performed during 2015 (and later on in Romania), and Scottish Opera where the production will be staged in January 2017, so this has already extended the life of our own production, but we knew there could be more…

When Philip Glass came back to see the production several weeks after the premiere, on a cold November evening at Clwyd Theatr Cymru in North Wales, I was thrilled when he said afterwards that he would like to see our production performed as the USA premiere. None of us knew if this was a possibility, but with Philip behind it we felt we had a chance. And so it is with great delight that we are able to announce that a new version of the Music Theatre Wales (and ROH/Theater Magdeburg/Scottish Opera) production will be performed as the USA premiere of The Trial by Opera Theatre St Louis on June 4th 2017.

I’ve no doubt that Philip’s support for the production has been an important part of securing our first USA outing. He seemed to love what we were doing, and when he was interviewed for the BBC Radio 3 broadcast of the opera (recorded during the premiere run at the Royal Opera House) he talked about how all the different elements of the opera creation worked together and influenced each other:

“What’s interesting is how the text and the drama on stage impact on the music, and there’s a dichotomy there. Christopher Hampton is a very, very good writer, and we were all together on this interpretation, his writing of the libretto, the staging and the composition of the music itself.”

He’s an extraordinarily generous man, and it was indeed very exciting to be talking to Philip about the creation of the piece as he was writing it, and as the designer Simon Banham and I were creating the world of the production. I remember one conversation when Philip was especially struck by my mention of Yiddish theatre, which had come up in my research into Kafka, noting how much Kafka enjoyed seeing this special kind of “rough theatre” and had fallen in love with one of the actresses. There was something about that theatrical world that seemed to ring true for Philip, and it certainly chimed with the kind of humour he was keen to bring to the opera.

As 2016 comes to an end I now find myself heading into a new period with The Trial: Re-staging the original production with Scottish Opera for performances in January and February 2017, whilst at the same time finalising the new designs for the production in Opera Theatre St Louis – not because we wanted to change the original production, but simply because the original would not work in the St Louis theatre. This is going to be amazing fun and quite a challenge, but that’s exactly what it should be like!